Typical dishes from the Azores

The Azores are known for their breathtaking landscapes and, to be honest, it is essentially those that motivate many people to visit this peculiar archipelago.

However, these islands hide another treasure as unique as its overwhelming landscapes; its gastronomy rich in simplicity and exoticism. Whether meat, fish, seafood or delicious desserts, these islands of mist offer a wide range of products not to be missed.

In this article we will present some of these gastronomic wonders that will surely make your mouth water.

Perhaps one of the most famous dishes on the island of São Miguel, the regional steak is something that meat lovers really must try.

The meat used in the making of this iconic dish is mostly Azorean, from beef cattle raised on the green pastures of the Azores.

The regional steak is actually a variant of the English steak but with some adaptations, namely based on the use of local ground pepper and garlic from the island of São Miguel.

This delicious steak can be accompanied with french fries, rice or both and, almost always, with an egg on top.

On the island of São Miguel, one of the most iconic dishes is clearly the Furnas stew.

Its fame is not only due to the fact that it is a real treat to the palate but also due to the fact that it is made in volcanic soil because all the ingredients, necessary for the confection of this famous delicacy of the São Miguel gastronomy, are placed in a pot that is then buried in the ground near the famous Furnas boilers, where it cooks for about six hours. This dish has a unique flavor, due to the peculiar way it is made/cooked.

However, it is not just the soil and this very different way of cooking this emblematic dish that makes it so famous and desirable. The ingredients that compose it also contribute greatly to the fame that this dish, in deed, has: chicken, beef and pork, potatoes, sweet potatoes, carrots, yams, cabbage, blood sausage, cabbage and chorizo, make it something not to be missed .

If you have already tried the traditional Portuguese stew of the portuguese main land, you will certainly notice that the São Miguel stew, because it is cooked on the volcanic soil, does in fact make a difference.

Do you like pork meat? Well then, if the answer was yes, then you must try this traditional dish so typical of the Azores.

Very popular in all the islands of the Azores (with some variations in their confection depending on the island), the pork greaves in garlic marinade are made with the most “fat” and wide part of the pork ribs, slowly cooked in fat.

The pork greaves can be served as a main dish, but there are also those who serve them as a snack, often eaten over a slice of corn or wheat bread.

When it comes to traditional azorean fish dishes, the fried blue jack mackerel with “molho de vilão” (villains sauce) stands out not only for the fame it actually has but also for being a real delicacy, despite its simplicity of preparation and presentation.

This is, in fact, one of the most popular dishes on the island, and despite being fried in oil, the flavor of the Azorean blue jack mackerel combined with the delicious and peculiar “molho de vilão” (villain sauce) and accompanied with boiled potatoes, ground pepper and corn bread results in a gastronomic experience not to be missed.

When you come to the island of São Miguel, be sure to try this iconic dish.

Another great and indisputable icon of Azorean gastronomy, the stewed octopus, is certainly one of the most traditional and ancient dishes on the azorean gastronomic menu.

Despite being appreciated all year round, this dish gains special prominence on Christmas night and can be served as a main dish or as a delicious starter, usually accompanied with potatoes.

The really differentiating characteristics of this dish have to do with its spices, from which we can highlight the typical “vinho de cheiro” (or red wine) and the ground or chilli pepper.

Despite the many common denominators, the recipe for Azorean stewed octopus may vary from one azorean island to another. However, the end result turns out to be the same, a delicious octopus stew to make your mouth water.

If the regional beef steak is probably the most famous meat dish in the Azores, then it would be more than fair to say that tuna steak is one of the most iconic, appreciated and sought after fish dishes in the archipelago.

Being abundant in the unpolluted sea of the Azores, this fish arrives at the Azorean tables super fresh, this being one of the main requirements to guarantee that the final result will be literally to cry for more.

Whether grilled over charcoal or fried in a pan, the tuna steak from the Azores is a true delicacy of the gods, especially when accompanied with the famous hot chilli pepper so characteristic of Azorean cuisine, and with potatoes (normal or sweet), yams and cooked vegetables .

Coming to the Azores and not experiencing this delicacy is like going to Rome and not seeing the Pope.

The story goes that the original recipe for these delicious sweets was created by the nuns of the old Santo André Convent in Vila Franca do Campo. For this reason, the Queijadas da Vila (as they are commonly known) are one of the landmarks of the Azorean conventual sweets, being one of the most popular regional sweets on the island of S. Miguel not only by the native population but also by those who visit the island.

Queijadas da Vila have as main ingredients milk from the Azores, eggs (especially egg yolks) and sugar which, together, give it a unique texture and a truly unmistakable flavor.

When visiting the island of São Miguel, put on your list of priorities to try this famous sweet as you will surely not regret it.

Although not originally from the Azores, the Azorean bean pudding added some nuances to its recipe that made it acquire different characteristics much appreciated by those who try this icon of local sweets.

In the Azores, it is said that there is no self-respecting restaurant that does not have this wet and consistent pudding on its dessert menu.

Because it is a heavy pudding, a small slice is more than enough to indulge and addict because those who taste this must of regional sweets usually want to repeat the experience….over and over.

This is another great ambassador for the Azorean famous sweets.

The pineapple cake that many of us have tried to make at home is usually made with preserved pineapples. However, as we Azoreans have a habit of being different we chose to do it with fresh pineapple. You read well, fresh azorean pineapple, not any other kind of pineapple because the pineapple of the island of São Miguel has a unique taste.

The buttery, fluffy and moist dough, (as it should be), combines perfectly with the flavor and texture of fresh pineapple.

If you have never tasted this delicious dessert put it on your wishlist. You’ll see that it will be well worth it.

Now that we have certainly aroused your palate, book a trip to the azores and experience ,in first hand, the very best that these nine islands have to offer. 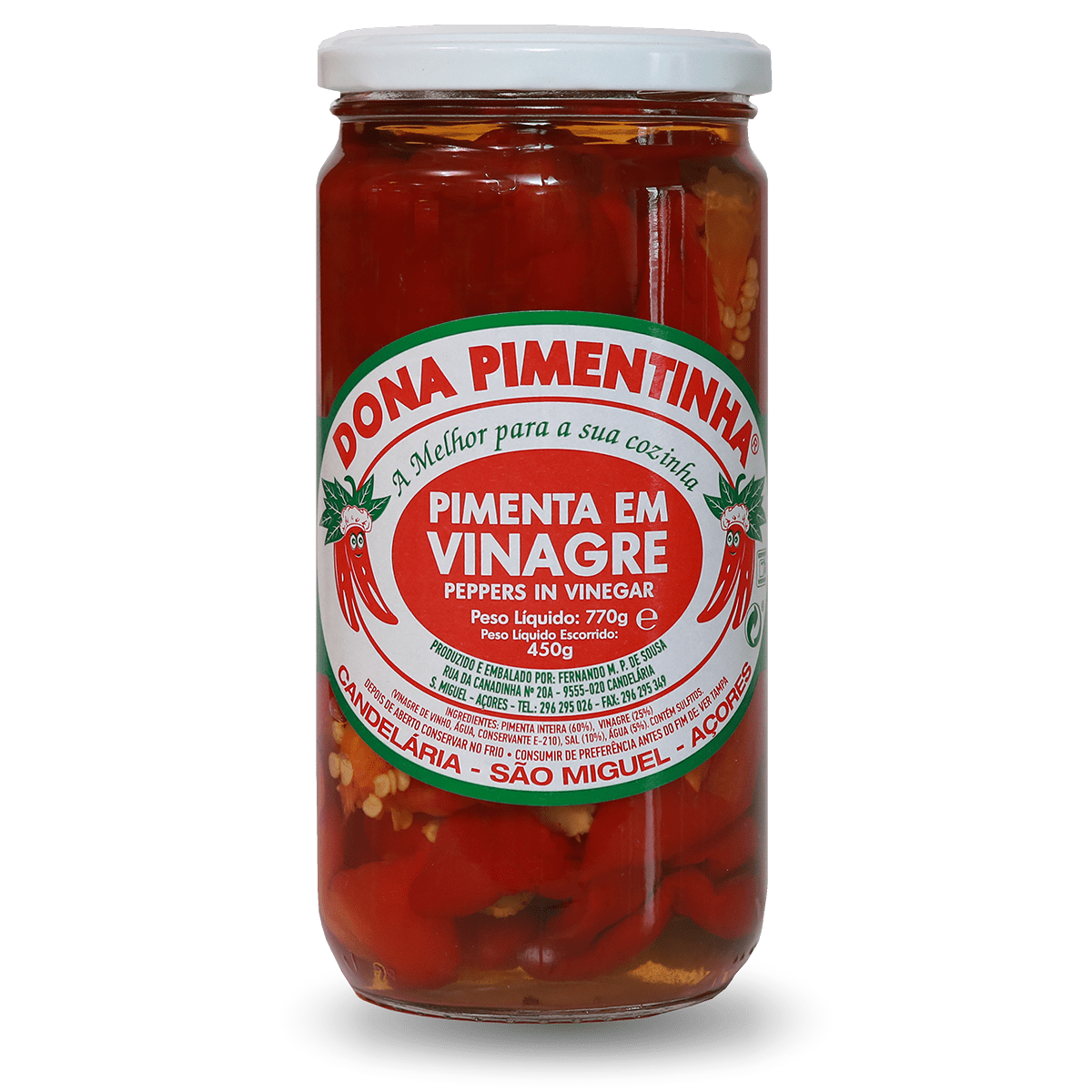 has just been added to your cart

There are 0 item in your cart 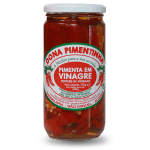 Peppers in vinegar based on an old family recipe and made with peppers from our own fields.